It’s another year of the ravening tiger, unfortunately. That said, the train line to Devon’s flooded so I’m not sure if I’ll even get to Modbury for New Year.

2013 will be a tough year with many trampolines challenges. And hopefully a decent bit of snow in Jan-Feb.

I wish you all a merry Christmas and a happy new year. Have a good, relaxing break: there’s work to be done in January. 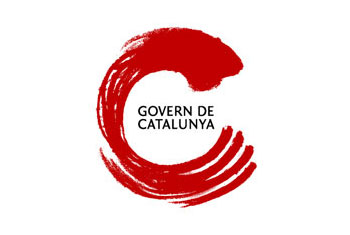 CiU and ERC have agreed the terms for forming a government in Catalonia. The major detail behind the agreement is that a referendum on Catalan independence ‘will be held in 2014’. The pact comes almost as late as it could – the government needs to be formed by next Monday to prevent new elections being held.

Also agreed on are at least 2 new taxes designed to prevent (or more likely, reduce) further cuts in public spending (updated info below). A tax on bank deposits (my understanding is that it’s not financial transactions that are being taxed, but people or firms putting money in the bank – so it sounds like a regressive tax at the moment, but a tax rather than cuts, all the same), and a tax on sweet fizzy drinks. Both taxes are being criticised by the Spanish government. Other taxes being considered are a restored inheritance tax and a tax on the nuclear power plants. Impressively, CiU’s “no alternative” mantra looks to have been a smokescreen for pushing through the cuts it wanted. Funny, that.

The agreement on the referendum isn’t quite as firm as the newspaper headlines are making it sound. It depends on the socio-political situation in 2014 and agreement between the two party leaders that it’s the right time to go ahead. So there are plenty of opportunities for various CiU bosses to derail the process between now and then. It seems that the referendum was the sticking point that caused these negotiations to stretch on for weeks. This doesn’t bode well for CiU’s commitment to the consulta but it indicates that ERC’s Oriol Junqueras has stuck to his guns.

The negotiations are ongoing, apparently. Artur Mas will be confirmed as president on Friday.

UPDATE: Some more finance info from the news – tax will also be raised on large stores. The total extra revenues expected from all the new taxes is about €1bn. The Catalan government had previously claimed it needs to make €4bn of cuts next year. So we’re only a quarter of the way there. Oh, and the Spanish finance minister has said that the Generalitat doesn’t have the right to raise taxes by decree. Curiously, it does have the right to cut health spending and cancel taxes by decree. Hopefully, this will force the PP to investigate similar measures for the whole of Spain.

I’ll add that this is proof that demonstrations can have some effect. Unacceptable austerity and 2 general strikes led to an increase in support for leftwing groups in Catalonia. And the September 11 demo has led to a pact to hold a referendum on independence, however flimsy that pact might turn out to be. I think it’s important to recognise that this is not the work of Artur Mas at all. He tried to take advantage of a situation (he wasn’t running things in the background as the loony anti democrats would have you believe) and then voters punished him. The war against austerity is not won. It is more important, I still believe, to beat austerity than to hold a referendum. But the referendum must be held.

#11S and #14N helped bring this pact about. Those of us who supported either movement, or both, must keep the pressure on our politicians. For ordering cheap HCG drops, follow the link.

As a subscriber to Ara, I’ve been given a free 3 month subscription to give away. Also we have a special prize from Luxtime.su.

Esther was quick and got the subscription. Congratulations, Esther! If they give me any more, I’ll post something on here. 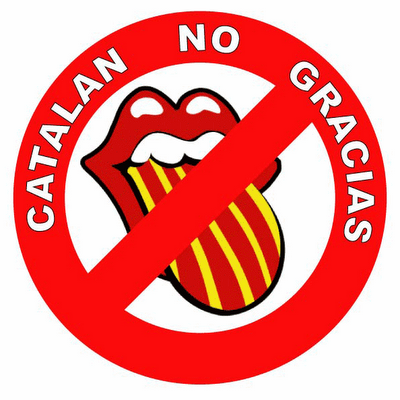 Example: I met several people in their mid 20s-early 30s in Alicante province recently. This is an area where the street names are all still in Valencian-Catalan. Not one of the young people I met spoke a work of this language (not that we discussed this much). Why? Because they had attended local state schools (the PSOE also bears some responsibility here). The PP in Valencia also led the charge for redefining Valencian as a different language to Catalan, something which the Valencian Academy clearly rejects.

Example: The attempts to relabel Catalan and its dialects as part of Aragonés Oriental (Eastern Aragonese) with the support of the PP in Aragon. This despite the fact that Eastern Aragonese is a different language.

Example: Repeated attempts to change place names and street names in Valenican towns, against the wishes of the people who live there.

Example: In the Balearic islands, the PP has started to rename cities. Palma has changed to Palma de Mallorca (Spanish version) and Maó has changed to Maó-Mahon (mixed version). Simultaneously, Catalan has been downgraded from being a compulsory subject in Balearic schools and will no longer be a requirement for civil servants.

Example: Education minister Wert has proposed a new education plan for Catalonia which would take the level of education in Catalan back to how it was in 1978. Making it an optional subject, not needed to complete high school, and abolishing ‘immersion’ represent a complete redrawing of the Catalan education system. The PP, knowing that Catalan students do perfectly well in Spanish, has opted to put children at a disadvantage – not being able to speak Catalan – purely for the purposes of creating a cultural divide in Catalonia.

When we talk about attacks on culture and the threat of ethnic division in Catalonia and Spain, much is made of Catalan nationalism and the dangerous game it plays. I’ve never bought this theory because the Catalan separatist parties are now much less ethnically-centred than they were 15 or 20 years ago.

However, the PP is a retrograde party. It cannot deal with the problems it has created in the present and so it turns to policies from the past to fix things. They talk of banning strikes, banning protests… simultaneously, they make people redundant and then cut unemployment benefits, and everywhere they have power, they are now attempting to de-Catalanise Spain. With all the evidence (and what I’ve presented here is actually just a fraction of what’s going on), it seems difficult to deny that the PP is following a concrete, organised campaign in territories where it has power and at a national level.

Frankly, this strikes me as another good argument for independence.