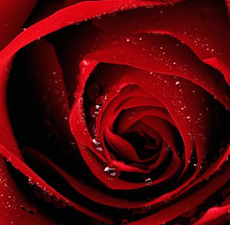 Today’s Saint George’s (or Sant Jordi’s) day. I’m not the biggest fan of celebrating saints’ days, but as George most likely didn’t exist, I generally go along with this one. The fact that George is the patron saint of my former home and my adopted home makes it easy to remember.

As you may well know, there is no tradition in England for celebrating St. George, at least nothing more than having an extra pint of Stella at the Rose and Crown. Some English nationalist parties (the BNP, the English Democrats) bemoan the fact that the English celebrate numerous other festivals (St. Patrick’s day, Eid) but not the day of their own patron saint. The truth is that the English seem to have lost touch with their ‘national’ traditions around the 18th century… which coincides with the time we started conquering new lands and discovering new cultures*.

Interestingly, I received a text message from Vodafone two days ago which suggested that ‘On the national day of the UK, sign up for our My Country service and save on calls home’. Huh. At first I thought that Vodafone were talking about St. George’s day, which is in no way ‘the national day of the UK’, though I don’t doubt that the BNP would make it so. Actually, April 21st is the Queen’s birthday… so maybe that’s what they were getting at. Not her official birthday, mind, her real one.

In Catalonia, Sant Jordi is celebrated with a rather sweet version of the English St. Valentine’s traditions. Called ‘the day of the rose’ and ‘the day of the book’, Catalan men traditionally give their sweetheart a rose, while Catalan women are supposed to give their fella a book. The tradition has now become more egalitarian (and profitable, mark you), as both genders now expect to receive a book and a rose. So those of you with Catalan girlfriends or wives: don’t forget to buy them a nice cookery book, or even better a book about roses – kill two birds with one stone. You, meanwhile, should expect a manly tome on Catalan history, tax law or Barça.

Speaking of which, the footage of large, pale men beating the shit out of eachother on Les Rambles can mean only one thing: English football fans are in town again. Yes, the savages from the north are hear to support their team of nobodies ‘Manchester Foot Ball United’ or something. They’re playing Barça in the first leg of the semi-final of the Champions’ League. Given that Manchester will probably win, Catalan women should prepare themselves for a miserable supper starting at about half-past ten tonight.

The reason for a lack of updates here is simple: too much work. However, the world has carried on spinning.

The Spanish political arena is currently fairly dull. Zapatero announced a female majority cabinet, which is obviously an interesting statement. It doesn’t say much about what his second government will achieve. My guess is: not a hell of a lot. Libertad Digital reckons that ETA are pushing for talks with the government by letting off bombs. Talks should happen, but probably won’t, given that the PP is committed to breaking the historic pact of support for the government’s terrorism policy. The struggle for power in the PP is the only story really worth following.

Good news: unionised dock workers in Durban refused to unload millions of dollars worth of Chinese weapons bound for Zimbabwe. Action by local human rights groups and trade unions prevented the delivery of arms and ammunition for Mugabe’s regime from a Chinese ship. Apparently, the ship is now enroute for Mozambique. I can only hope that union workers there will also fight the ‘free market’ which allows China to arm Mugabe’s psychotic and murderous regime. I mean, could the timing be any more obvious? This is the moral equivalent of Mussolini’s assistance to Franco’s rebellion.

We met up with Graeme of South of Watford fame (Madrid’s best English-language blog) last night. I got a bit drunk (sorry about that) but we had a great evening, ending up in Plaça Reial, where I insulted an arsehole of a waiter.

The next few weekends will be pretty busy and work is going to be intense over the coming weeks. But I’ll try to blog a bit more because I enjoy this.

The Olympic torch made a pretty pathetic tour through London today, beset at first by snow and wind, and later by numerous pro-Tibet campaigners intent on bringing their independentist protest to the fore again.

I was hoping that the torch would be fucked with at some point, because the relay is just another side of Britain’s craven pursuit of China’s acceptance. Because of 2012 the torch had to visit London, but at no point has the UK government spoken out about the violent crackdown taking place in what should be a free Tibet.

The most striking quote of the day for me came from the Chinese Olympic Committee representative, who said something along the lines of “It’s sad that people have to hijack the Olympics as a legitimate space for protest”. He went on to explain that while protest should be allowed (yeah, right!), the Olympics are a sporting event, not a political one.

Sorry but that just doesn’t wash. If there is any ‘non-political’ event as political as the Olympic Games, I’d like to know. I’m sick of committee organisers, politicians and police ‘advising’ on the best way to protest. Their suggestions inevitably involve meeting in some park, well away from TV cameras. Yeah, perhaps we could just do it in a labour camp. Actually, the torch relay is about the most suitable target for protest that I can think about at the moment.

Despite all the talk about Islamist terrorism, I’m still convinced that the number one threat that worries governments everywhere is organisation of labour and mass protest. We should continue our protests, illegal if need be, so that governments can’t sit pretty and pretend there is no opposition.