The first results of today’s Catalan elections are in. CiU have won a convincing majority, which was to be expected. The PP has replaced ERC as the third largest group in Catalonia. The PSC has lost 10% of its vote. Iniciativa has fared worse than the last polls suggested. Solidaritat Catalana (‘SI’, Joan Laporta’s party) might get as many as 4 seats. Ciutadans have failed to do better than their previous successes.

CiU’s probable 66 seats leaves the party just short of an absolute majority in the Catalan parliament, but Artur Mas will be the new president. The question now is whether CiU will attempt to govern as a minority government, or if they’ll enter a coalition in order to guarantee the majority. Possible coalition partners would be the PP, ERC or even SI.

The PP would claim that they are the natural partners of CiU, and the two parties have been allied before. But the PP’s politics have become significantly more anti-Catalanista since then. It might be difficult to convince CiU activists that such a colition was really in Catalonia’s best interests.

Esquerra will obviously want to join a coalition. Their main political strategy recently has been to establish themselves as the kingmakers of Catalan politics. I get the impression that ERC might be a difficult sell too, though, as their support has dropped significantly in these elections. On the other hand, a weakened ERC might make a more attractive partner for CiU. It all comes down to whether CiU wants a Catalanist coalition, or would rather see ERC reduced to a minor force in Catalan politics. I suspect that they might prefer the latter option.

The wildcard here could be SI. Essentially a new party, they look like they could have the seats CiU needs, while also being small enough to be a pliable coalition partner. Personally, I see this as unlikely. 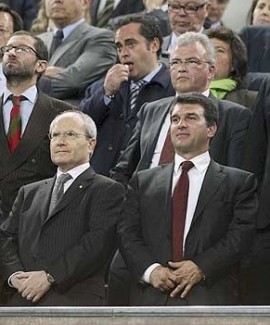