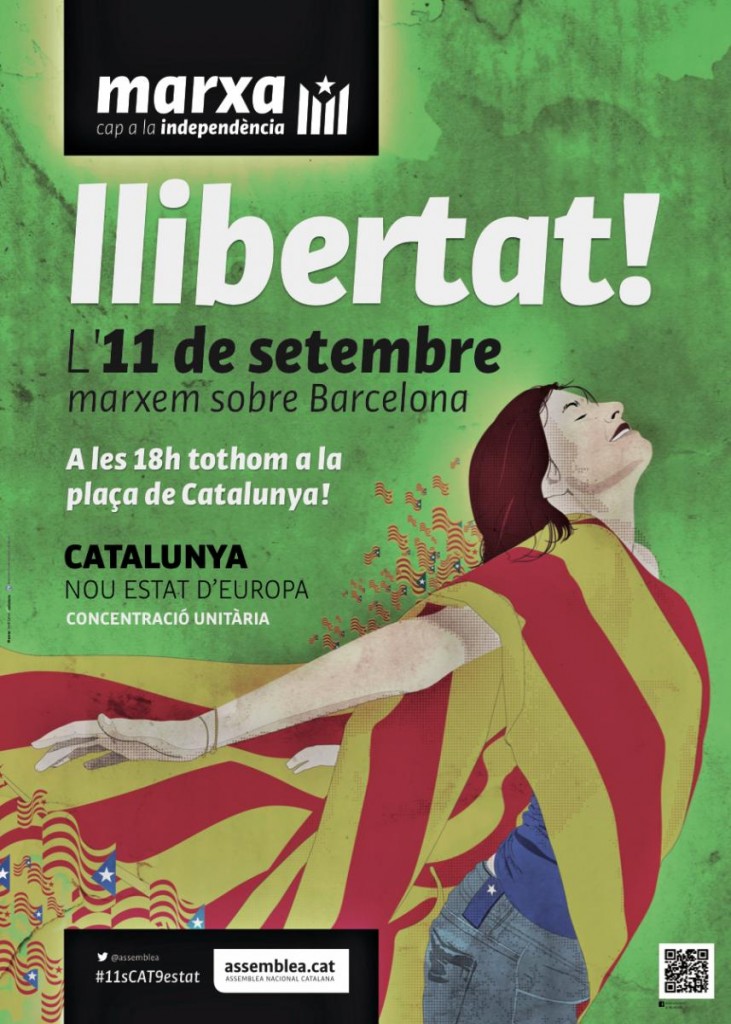 Next Tuesday, Catalonia’s national day, will see thousands of people demonstrating in Barcelona, in support of Catalan independence. I will attend and support the demo on the basis of my support for the right of people to decide: the right to self-determination, especially after a retired Spanish army officer threatened us with violence last week; and support for the Catalan language, under attack in multiple Spanish regions governed by the PP.

Not all of Catalonia’s problems would be solved by independence. Indeed, independence would probably bring about the existence of new problems we’ve not even considered yet. But that doesn’t mean it’s definitely not worth looking into. A fair distribution of the revenue generated by Catalonia seems impossible to achieve. Would we have better social cohesion and healthcare and so on if we had all the money raised here? Would my EHIC application be approved a lot faster, allowing me to get health insurance before it’s too late? It’s not a certainty but we’d be in a much better place to argue for it.

To defend the right to self-determination in the face of threats from past-it Spanish colonels strikes me as a perfectly reasonable thing to do on a Tuesday afternoon. See you in Plaça Catalunya at 18h.