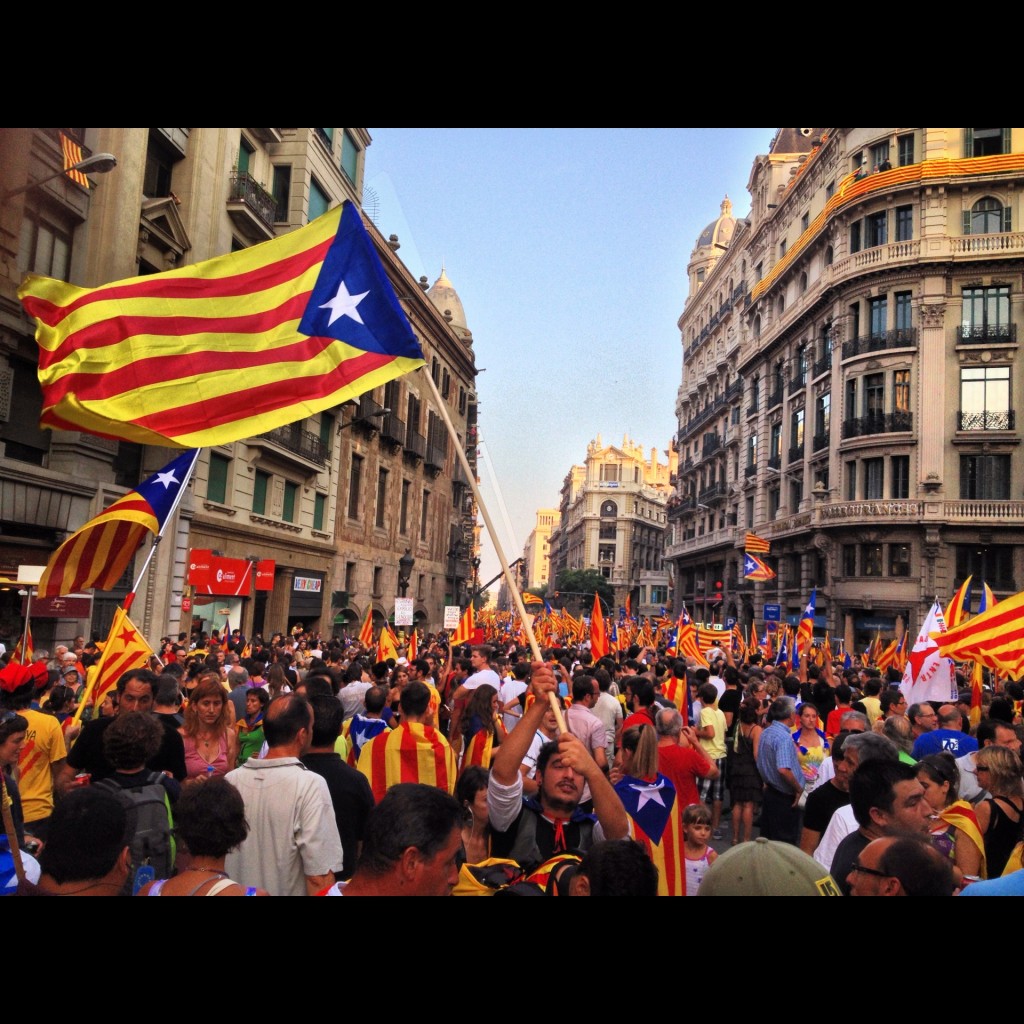 Seats in the Catalan parliament (percentage of votes in brackets)

Results from today’s elections:  a significant drop for CiU, a better than expected result for the PSC, a boost for ERC and C’s, a potential for a CiU-ERC national bloc. It seems that people are voting for independence but not for Artur Mas and his cuts. CiU has lost support. The CUP enters the parlament for the first time. The PSC is damaged. The PP will slightly increase support. ICV-EUiA has increased a bit, but not as much as I was hoping it would. C’s have done very well. SI is out, as I predicted. The fascist PxC has failed to win a seat.

UPDATE: the elections will be held on November 25th.

The Catalan newspaper Ara is reporting that Artur Mas is about to call early elections, likely to occur on November 18 or 25 or December 2.

Spanish PM Mariano Rajoy stated in parliament today that he doesn’t agree with the Catalan view that a new fiscal pact ought to be agreed. This was supposed to have been the subject of discussion in a meeting between Rajoy and Mas tomorrow morning in Madrid. It is believed that Mas could call the elections tomorrow, immediately after this meeting.

There is widespread expectation that these elections could take on the form of a referendum on Catalan independence from Spain. For this to happen, the governing CiU will have to form a national bloc with parties sympathetic to independence: ERC, ICV and SI. The Catalan federations of the two main Spanish parties, PP and PSOE will oppose independence, with support from Ciudadanos.

The groups in favour of independence appear to see that speed is of the essence now. They aim to benefit from the upswing in support for separatism seen at last week’s demonstration in Barcelona. They probably also fear the Spanish government invoking section 155 of the Spanish constitution, which allows for central government to establish direct rule over autonomous communities seen to be in breach of the constitution.

Does this render independence any more likely? It’s hard to say. There can be no doubt that more people here are taking the question seriously. But CiU will have to negotiate a pact with leftwing ERC and ICV to have a chance of an absolute majority. But I get the feeling that there are plenty of Catalans who might balk at the last minute, either due to the uncertainty that independence might bring or because of their dislike for voting for any CiU-led coalition.

Because of the speed with which the independence movement has gathered pace and the possible sanctioning of Catalonia’s self-government by Madrid, these elections will likely prove to be the supreme test that separatism must pass if it is going to succeed.

What do you think will happen?